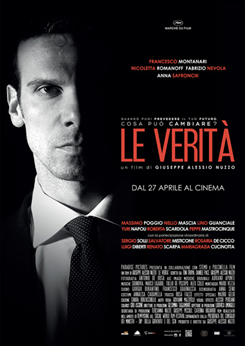 We are really proud to present LE VERITA’ movie soundtrack that we have produced with enthusiasm on the invitation of the master Adriano Aponte, who composed the whole soundtrack, demonstrating great talent and sensibility.

Recorded in Budapest and mixed in the Soundiva studios of Cologno Monzese by Paolo Pasquariello.
Executive Producer: Antonello Martina